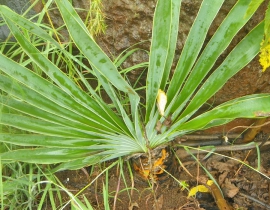 Our work at UmPhafa does not just centre on surveying and protecting the wildlife species. Staff are also concerned with identifying and mapping our flora communities. Field Ranger, Anthony Walton, has been working hard to identify the flowering plants on the reserve. So far, 259 flowering plant species have been identified. Of these species, 3 plants are listed as declining, 3 listed as near threatened, and 2 listed as vulnerable on the Red List of South African plants. There are also a total of 16 endemic plant species and we will introducing you to a number of these threatened species on the reserve over the coming weeks beginning with the Bushman’s Poison Bulb (Boophone disticha).

The common name of this plant is derived from the fact that the Bushman tribes of Southern Africa use the sap contained in the bulb of this plant to tip their hunting arrows, as the bulbs and leaves of this plant are extremely toxic. Some painters of the plant reported headaches, nausea and other symptoms from merely being around the plant for a few hours! The leaves of this plant are arranged in a fan shape at the tip of the bulb which can often be seen protruding through the ground surface. This plant only flowers in years with substantial rain, but when it does, the bright reds of the bunched, ribbon-like flowers are well worth the wait! This plant is found throughout southern Africa in both winter and summer rainfall regions, but due to the discovery of medical uses of the plant and unregulated harvesting of the bulbs for uses such as narcotics and painkillers, the population has dropped in recent years and thus the species has been declared Declining according to SANBI (South African National Biodiversity Institute). 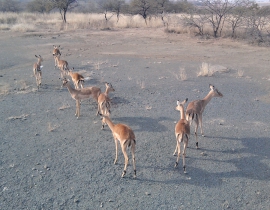 On Friday 31stAugust we saw the introduction of 41... 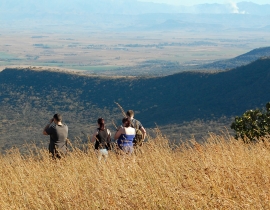 Join the UmPhafa team as a long term intern!

We are looking for someone who would like to...