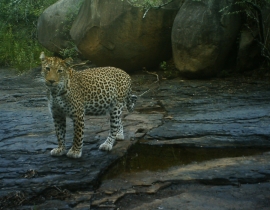 In 2013 a report came through to us from members of the local community near UmPhafa. A female leopard with two very young cubs had been spotted close to one of the homesteads by the reserve. Local farmers also reported sightings of this female and her young ones. We met this news with great excitement.

With various cameras placed all over the reserve we hoped at some point to capture an image of them but to no avail. Then early October whilst taking my usual glance out of our lounge window hoping to see some zebra’s or maybe even a giraffe wondering by, I couldn’t quite believe what I was looking at. Running at top speed behind our house on the hillside were two young leopard cubs! They were gone in a flash and then all eyes were scanning up, down and all around looking for mum but we didn’t see her.  She was possibly ahead of them and perhaps that is why they were running at full speed – just trying to catch up. This is fantastic news for leopard conservation, just knowing that these animals are reproducing is a huge one nil to nature.

Here on the reserve over the years we have gathered many images and video’s of various leopards. Recently we decided to go through all of this data and make an identification kit. This ID kit would allow us to confirm sightings of specific animals when new data was collected. It would also help us to identify new individuals. So far we have identified four separate animals, three males and a female. Only this week we captured images of a leopard in our aptly named ‘Leopard Gorge’. We also found a young waterbuck with strikingly obvious signs that it had been killed by a large predator, no doubt a leopard. Large puncture marks on the neck can only come from such a large animal. We often find spoor (tracks) all around the reserve showing us how diverse their ranges can be. They have huge territories and will often only stay around one particular area for short periods of time because their prey species quickly become aware of their presence and heighten their guard. These animals are so rarely seen by us that they almost have a notoriety as a kind of mythical creature. It is the one animal everyone wants to see.

The sighting of the leopard cubs brings our actual visual sightings on the reserve up to two. A large male was spotted in 2013 along the now obviously named ‘Leopard Lane’. We know they are here and we are sure that more often than not they are watching us very closely. They are shy animals that just want to go about their business. For us here on the reserve we greatly respect that. We will still continue to put our cameras out in the hope of capturing more images. Maybe we will even catch a glimpse again one day soon. It is what makes our work here so incredibly rewarding and exciting. You never know when ‘Mother Nature’ is going to surprise your hard work with something so truly wonderful.

NB Images taken from other sightings 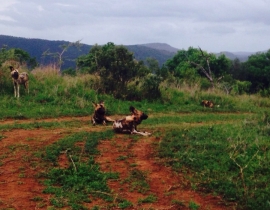 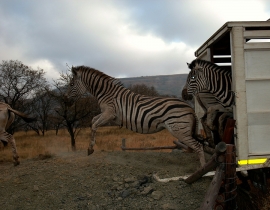